Captain Saves the Day after Girl Loses Her Tooth 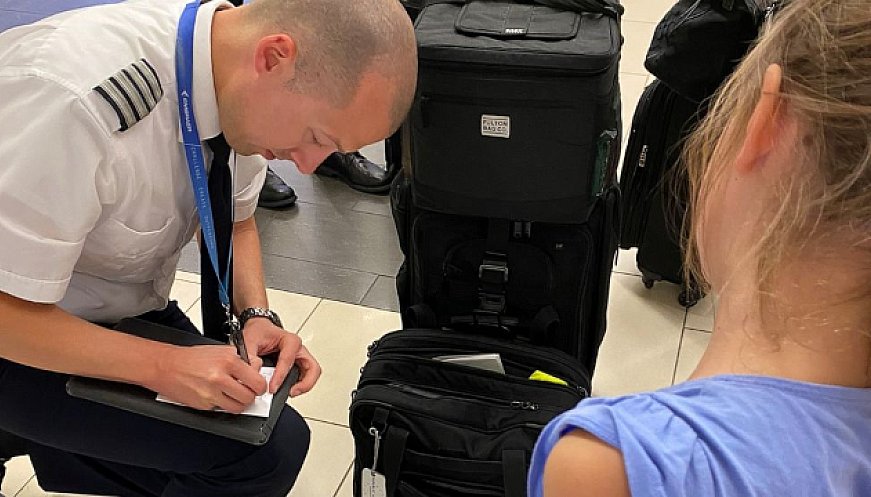 Lena Larmon and her mother were on their way from New York to South Carolina—their last flight on a trip back from Norway— when she lost one of her bottom teeth. But she could not go back to retrieve it as security closed at 2 a.m. Seeing Lena's distress at not being able to put the tooth under her pillow as she normally did, United Airlines pilot Josh Duchow wrote a note. "Dear Tooth Fairy, Lena had a tooth fall out on her flight to Greenville. Please take this note in place of her tooth. Captain Josh." Sharing the story on Facebook and Instagram, her mother, Lauren, said the tooth fairy had written back, "Lena, it is OK that you have lost your tooth on the airplane. I will get it. Keep brushing.'" Lena, who loves to travel and has already been to 35 countries, even had her second birthday party at Columbia Metropolitan Airport in South Carolina.