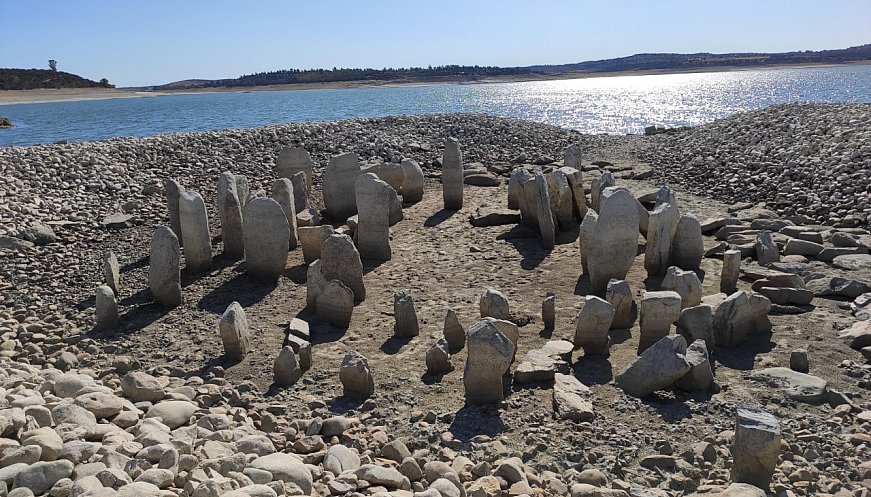 While a brutally hot summer in Europe ignited issues across Spain, which is experiencing its worst draught in decades, there is one silver lining that has delighted archaeologists. In Caceres, Spain water levels for the Valdecanas reservoir has plummeted to 28% capacity -- unveiling a rare opportunity to view the Dolmen of Guadalperal ("Spanish Stonehenge"), which is believed to date back to 5000 B.C. The striking configuration of stones was first recorded by German archaeologist Hugo Obermaier in 1926; but, after the area was flooded in 1963 for a development project, the landmark has only been visible four times. According to Reuters, dolmens are vertically arranged stones usually supporting a flat boulder. There are many scattered across Western Europe, but While little is know about how they were erected, many are scattered across Western Europe and the evidence of human remains in or near many of them have led many to believe they are tombs.