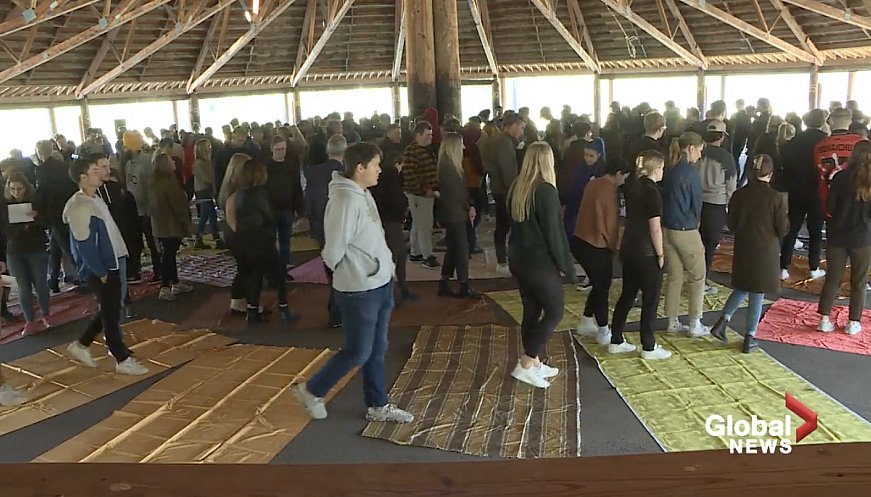 Tyler Ermineskin is the first person in his family to get a university degree and go to law school. "Our people used to never be able to practice law, we weren't accepted into law schools," he said. So it was a moving moment for him when 180 of his peers took part in a blanket exercise in Enoch Cree Nation for University of Alberta first-year law students. The exercise was adapted from the KAIROS Blanket Exercise to show how Canadian law has affected the relationship between Indigenous people and the state. During the exercise, blankets were removed to show how forcible loss of land, imposed disease, residential schools, violence and death have impacted Indigenous communities. Koren Lightning-Earle, a faculty of law professor, said that there is now more focus on Indigenous issues since she went to law school in 2007, noting that this is the sixth year for the blanket exercise and the second time it has been held in Enoch.