A True Calling: Serving the Hungry in India

Summary: In India, the hardest-hit populations from Covid-19 aren't just those who came in contact with the virus. So many laborers who need a daily income are now without any possibility for work and often have no access to food. Experiencing this, an inspiring social entrepreneur, whose work with the disabled community is widely known, sprang into action. Magic and miracles often emerge from just listening to what our heart is saying to us. And when we learn to tune out the cacophony of sounds that often take over our everyday lives, our heart has a way of opening up our world, bringing into it laughter, joy and boundless love. That is what Y.S Pavithra, the founder of Bangalore-based social enterprise Vindhya E-Infomedia discovered over the course of the last month when she and a handful of volunteers from Vindhya ran a community kitchen to feed hundreds of those hit the hardest by the countrywide lockdown due to the Covid pandemic.

Pavithra, whose innovative social enterprise, Vindhya, employs around 1,500 people with disability (PWD) first realised the magnitude of the suffering that migrant labor, daily wage workers and other under-privileged segments of the population were undergoing when Vindhya set up a call centre for the Karnataka government’s Hunger Helpline, when the lockdown was first imposed in March.

“As we heard the daily accounts of the hunger, fear and desperation of the hapless people hit by the lockdown, it left my husband, Ashok and me deeply disturbed. In fact, I was beginning to lose sleep and one morning we decided it was time to do our bit for the lesser fortunate than us,” recalls Pavithra.

Fortunately for the couple, the duo of cooks at Vindhya’s office campus, who cook some 700 meals daily for the employees, readily agreed when Pavithra suggested that they could cook and distribute food packets in communities across the city which were badly hit by the lockdown. Friends, family and complete strangers who heard about her idea by word of mouth, surprised her with the extent of her generosity. “A woman I still haven’t met organised over Rs. 50,000 worth of groceries for my initiative and so did a group of migrants living in tents, who donated a couple of sacks of rice so that I could distribute food to fellow sufferers," she says. 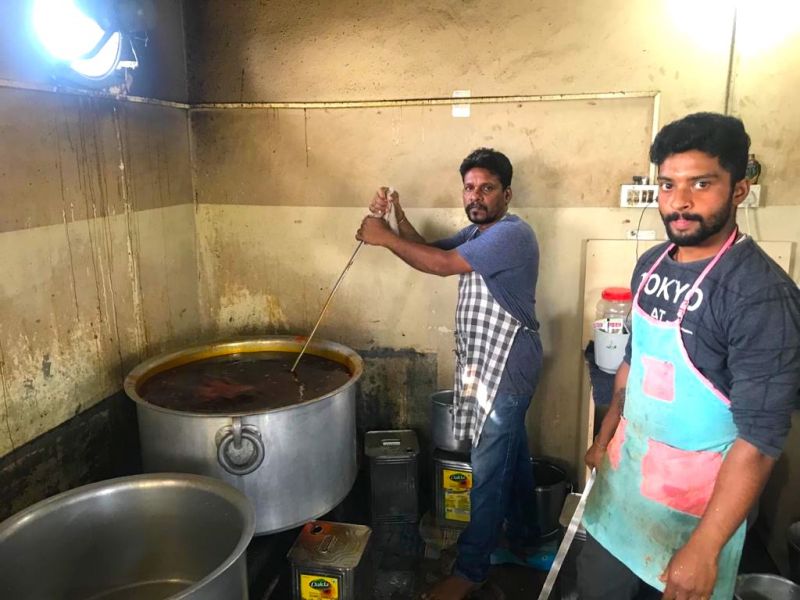 Starting with just one area-Laggere- in the city where there were hundreds of hungry workers stranded and desperate, the initiative had to step up and expand their operations to five locations including Chockasandra, after people started reaching out to direct them to other pockets where hunger was a huge problem. “From around 500 meals a day we had to increase it to around 1000 and there were many challenges including the fact that we had to distribute the food packets with unwavering sensitivity and without hurting the self-respect of those people. It was not their fault that they were in that situation.” 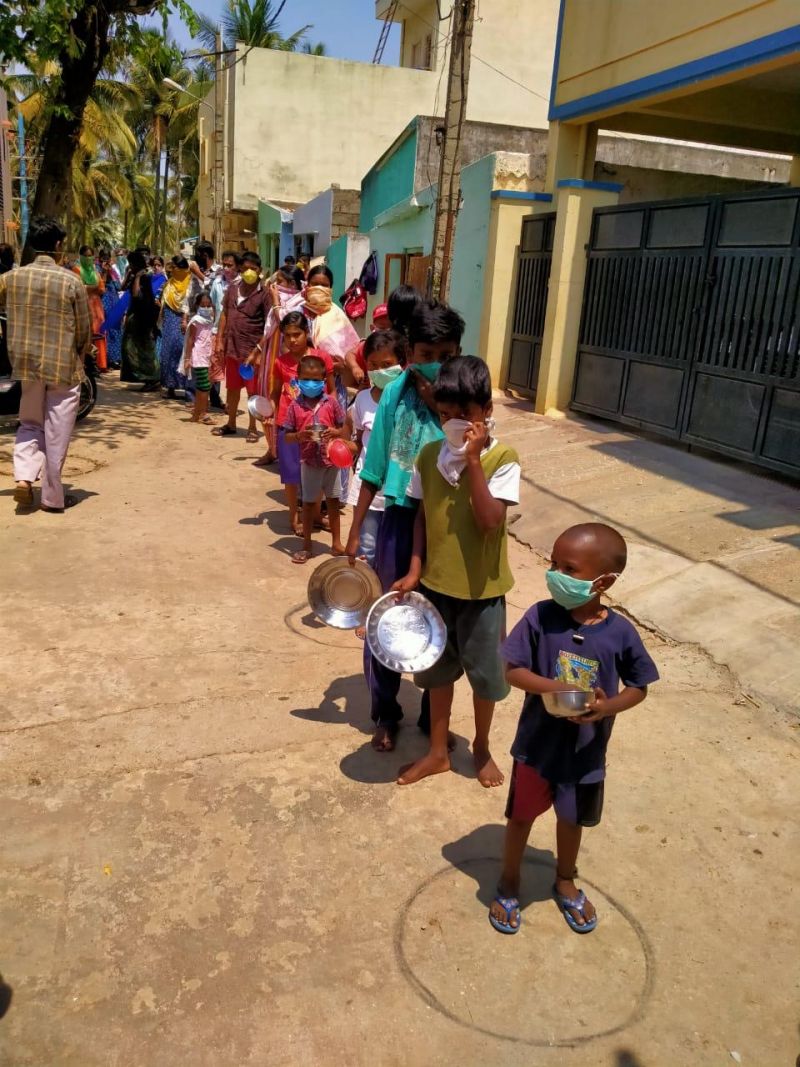 Along the way, Pavithra and her group of volunteers learned many things including the fact that kids love sweet buns, bread and jam and when they delivered this , the kids rewarded them with huge, delighted smiles. And they built relationships along the way that they never thought possible, with complete strangers. One woman, a bangle seller by profession, insisted on gifting her dozens of bangles the day the lock down was lifted and they stopped distribution of meals. And Pavithra cannot stop giggling about the canine friends they made by the dozens, everywhere they went. “The strays were afraid to eat the food we offered them initially but we realised it was us they were scared of and once we learned to give them space, they lapped up the food and soon made friends with us.”

Says Lijo Chacko who volunteered in Pavithra's initiative, "I always wanted to believe in for-profit organisations embracing more than their raison d'être. In Vindhya’s decision to distribute cooked food, I saw that belief come to life. Moreover, they decided to provide food in places which had nothing do with their work/operations, their decision was based solely on the need of the people. Also, very importantly, Vindhya didn’t try to get brand mileage out of what they were doing, they just went about the work like the ‘unknown soldier’.

Meanwhile, it has been two days since the lockdown has been lifted and the group has stopped supplying the food packets to the communities but Pavithra says she thinks of them first thing in the morning and misses all the banter and camaraderie they had settled into.

“Initially they were embarrassed and did not even meet our eyes but as the days passed they got used to accepting our food and soon we developed a bond that I know will last for a long time. I went there yesterday to check on them and they all insisted that we had to go to their homes for lunch or dinner so that they could thank us properly for our help. Human beings are meant to help each other and I hope we never forget this.”