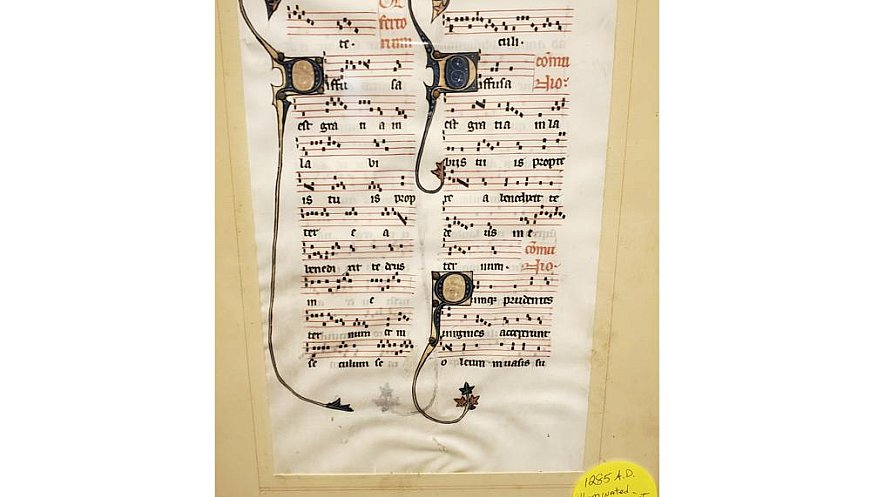 Photo: Will Sideri via AP

A bargain hunter who went to an estate sale in Maine, US, to find a KitchenAid mixer, a bookshelf, or vintage clothing walked away with a 700-year-old treasure. Instead of a kitchen appliance, Will Sideri stumbled upon a framed document hanging on a wall. It had elaborate script in Latin, along with musical notes and gold flourishes. A sticker said 1285 AD. Based on what he’d seen in a manuscript class at Colby College, the document looked downright medieval. It was a bargain at $75. Academics later confirmed the parchment was from The Beauvais Missal, used in the Beauvais Cathedral in France, and dated to the 13th century. It was used about 700 years ago in Roman Catholic worship. An expert on manuscripts said the document, first reported by the Maine Monitor, could be worth as much as $10,000.