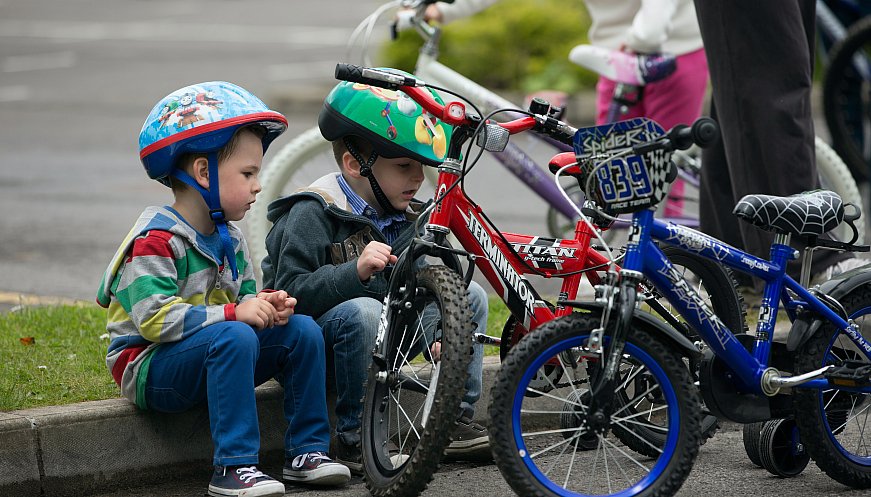 Every Wednesday morning around 8am, a bike bus parade of around 170 children can be seen biking together to Alameda Elementary in Portland, Oregon, U.S. Kids and parents of the bike bus meet at two different meeting spots and bike a 1.5-mile route on neighborhood greenways before the two groups meet in the middle. Parents help the bike bus stop at major crossings to wait for a break in traffic. There is a good ratio of adults to children which enhances safety, and bikes are provided to kids without bikes. Sam Balto, the physical education teacher of the school who leads the bike bus, first started the bike bus in April 2021 as an idea to mark Earth Day. It was met with great success, which caused more and more students to join as the bike bus occurred more and more frequently. The bike bus is also full of benefits -- it “reduces congestion and pollution caused by buses and cars,” provides children a way to get to school if their parents are too busy to walk or drive them, helps students focus more in class because of the morning exercise, and gives children an opportunity to learn about environmental issues. Most importantly, the bike bus builds a greater sense of community, connection, and safety. Since the tradition started, Balto has seen students bike to school together on non-bike bus days as well and said, “When you get students and parents out of their cars and out in the community, that is where the magic happens.” Both the children and the community love the bike bus. Children get to talk with peers before school and their joy, energy, and happiness fills the community. Balto, who has led many other bike buses before, now films videos of the bike bus and posts them on social media, hoping to inspire other schools.