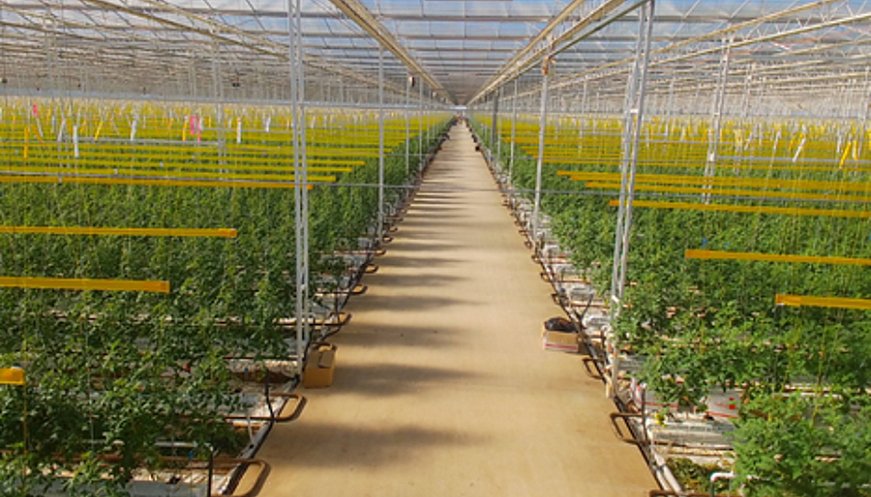 Australia’s largest glasshouse operation, which produces 80 kilograms of tomatoes per square meter hydroponically, began with Mark Millis’ quest to grow a tastier tomato. The company, Flavorite, was formed in 1993 by Millis and Warren Nichol, veterans of Melbourne's wholesale fruit and vegetable market. Back then, greenhouse-grown produce was costlier to grow, hydroponics had a high failure rate, and truss tomatoes that ripen on the vine were almost unheard of. But Mark had the skill to grow them, and Warren had the expertise to market them. From four hectares of experimental plastic greenhouses in 2003, the family-owned and run business now has a massive area under glass at four sites in north-eastern Victoria, with 1,000 employees, and plans to expand to 100 hectares within five years. The varied plants thrive on a nutrient-rich solution circulated through kilometers of irrigation tubes that reuse 95% of the water in the system and are kept at an optimal temperature to bear fruit almost all year round.