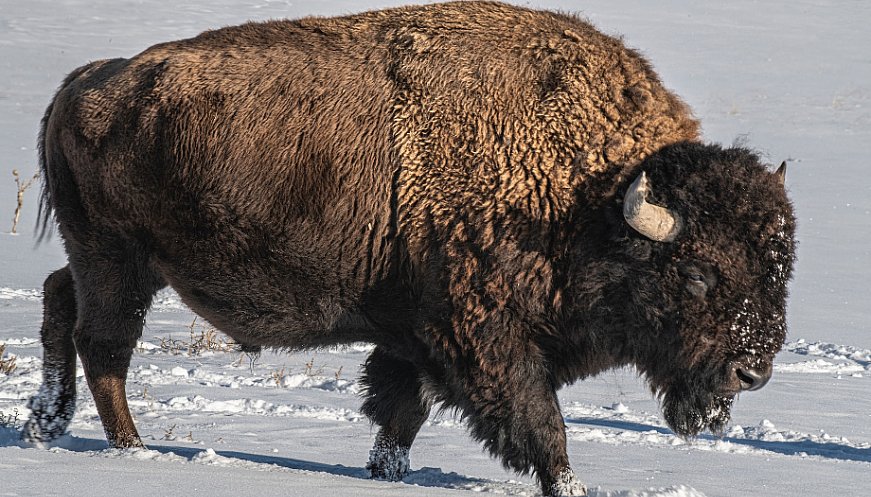 Quitaque, Texas, was almost extinct before the bison. But now it is the gateway to Caprock Canyons State Park, where visitors can see hundreds of bison roaming freely. They are the sole descendants of a few orphaned Southern Plains bison who were taken in by Mary Ann and Charles Goodnight in 1878 to preserve the species. At the urging of Quitaque residents in the late 1990s, the herd was moved to the state park to roam a 300-acre section, and today can be found across much of the 15,000-acre park. “They’ve survived our best attempt at trying to get rid of them, and they’re making a comeback,” says park superintendent Donald Beard, who would like to see the herd to expand from 350 to about 2,000. As the herd has expanded and park visitors have grown to about 80,000, Quitaque’s downtown is thriving. Quitaque was declared the Bison Capital of Texas in 2015 and hosts “BisonFest” every year to raise money for the herd.