In Barcelona, Kids Bike To School in Large, Choreographed Herds 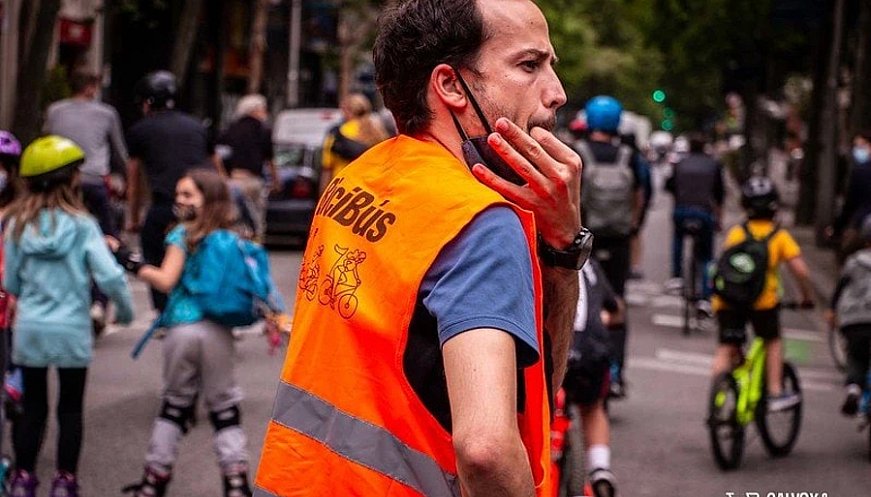 More than 1,200 children across Spain’s Barcelona province head to school in a critical mass of bikes dubbed “bicibús,” arriving at school happier and more active and creating friendships among neighborhood children. The 90-plus routes already serve more than 70 schools across 25 cities in Catalonia, and families around the world, from Portland, Oregon to Edinburgh, Scotland, have embraced the idea. Elementary school teacher Helena Vilardell started it, biking to school with nine students and her daughter. Soon residents in Barcelona hopped on, and Vilardell started Canvis en Cadena. Its app, which streamlines registration and develops new routes, is how bicibús cyclists sign up and volunteer to chaperone routes. Today, the average bicibús route is 1.5 kilometers (a little under a mile). Some routes happen once a week; others operate daily. All are designed to be easy to ride for children — using bike lanes when they’re available, but otherwise sharing lanes with cars. The biggest issue for schools, Vilardell says, is bike storage.