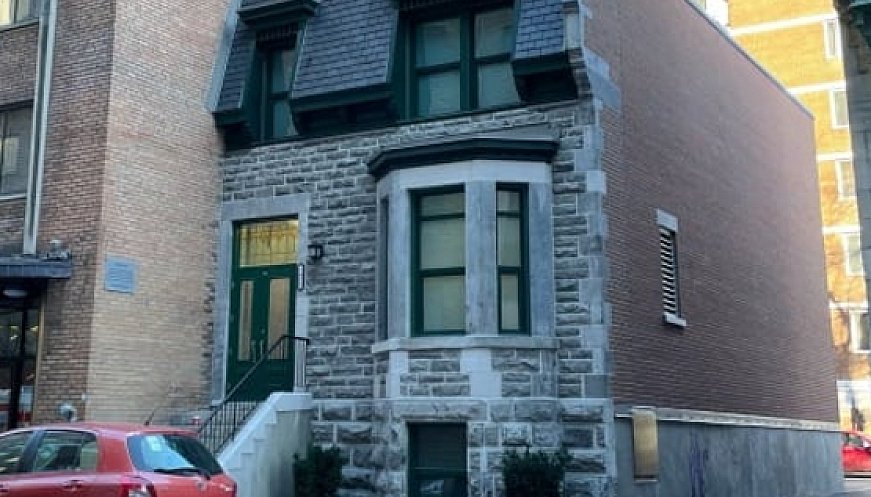 The house in downtown Montreal looks unchanged, but its stone Victorian walls hide a secret. For years, Montreal's transit authority has been building a sprawling ventilation system within — and below — the long abandoned house, in part because land is scarce in the downtown core. The house was dismantled and rebuilt, and lighting was installed in the front hall so the home looks inhabited. But pushing open the front door, one is met with a concrete stairwell that descends 18 metres underground, into the tunnels of the Metro system. Sound-dampening panels filled with insulating foam reduce noise to meet modern requirements. The Société de transport de Montréal has been rebuilding its ventilation stations since the early 2000s. So far, 11 new stations have been completed, with six still under construction.