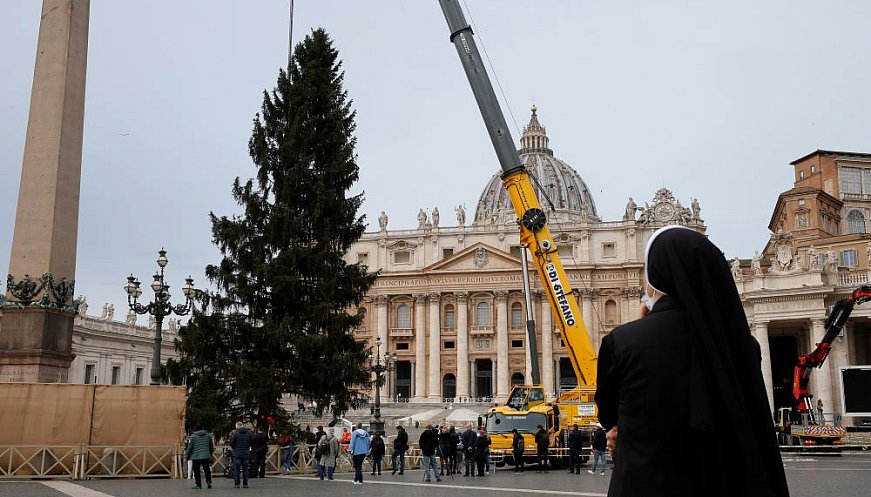 The centuries old silver fir tree that had been destined to become the centerpiece Christmas decoration in St. Peter's Square will now live, perhaps to see another century. Forest rangers arrived at the scene -- a mountain grove in central Italy's Monte Castel Barone -- November 14 to alert workers to halt preparations for felling the tree. There has been criticism in recent years of the cutting of old trees for the Vatican. The World Wildlife Fund had put out a statement in early November saying, "cutting a tree of this size in the midst of a climate crisis is a debatable decision," which required "greater transparency." Instead of cutting the centuries old fir tree, the decision was made instead to give the Vatican a tree from a tree farm in Palena, in the region of Abruzzo, Italy.