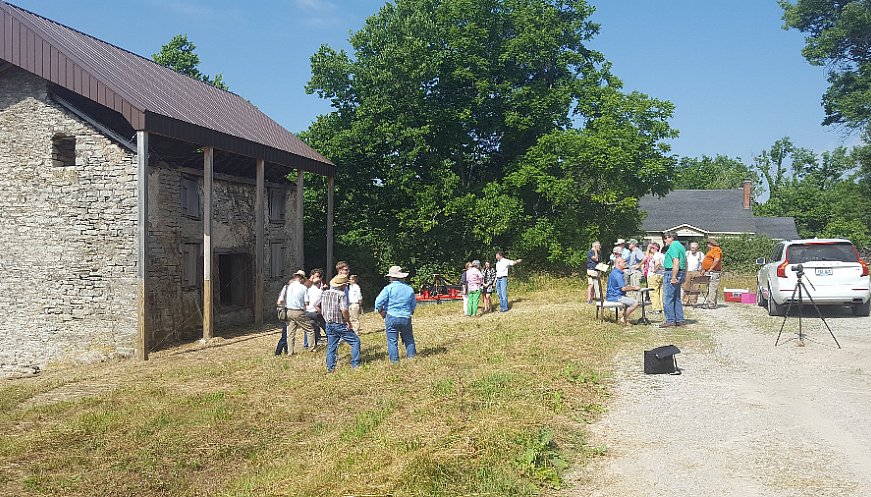 When Georgetown ophthalmologist Chip Richardson purchased 170 acres in central Kentucky ten years ago, he didn’t realize he’d acquired a critical piece of Native American history - the last remaining building of the Choctaw Academy, a Native American school established in 1825 which educated more than 600 boys from 17 tribes. Unlike missionary schools which aimed to strip Native Americans of their culture, Choctaw Academy was secular and offered a diverse curriculum. Some students went on to Transylvania University and studied law and medicine. Richardson worked with members of the Choctaw Nation to create a protective roof over the building, but more needs to be done to ensure its longevity. After stonework, timber carpentry, and a historic architect, Richardson estimates he’ll need upwards of $300,000 to keep Choctaw Academy standing.