How The Dog With One Ear Became an Artist 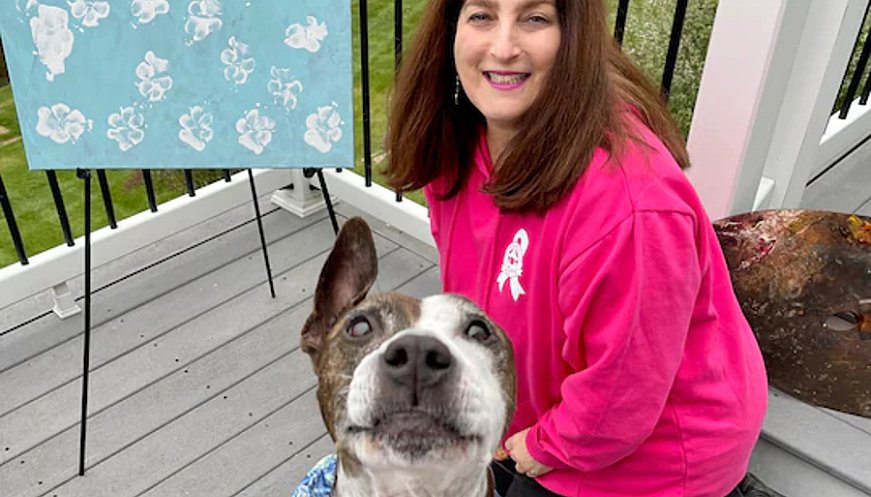 Photo: Happily Ever After Rescue

Jaclyn Gartner first saw Van Gogh, a seven-year-old boxer pit bull who had lost his left ear in dog fighting, when a shelter in North Carolina was trying to get him adopted. She runs the Happily Furever After Rescue in Bethel, Conn., which takes in pets at risk of being put down, and Pilots N Paws flew Van Gogh to her in June. Four months in, she dropped small gobs of bright paint on an 8-inch by 10-inch canvas, sealed it in plastic wrap and coated the top with a thin layer of peanut butter. Van Gogh licked the paint into dramatic streaks. In October, only two people showed up for an outdoor art gallery event, but the next day, after her Facebook post sparked a rush, the paintings sold in two minutes, bringing in about $1,000. In mid-November, a dozen paintings sold during an online auction, raising an additional $2,000 for the rescue, and on the last day, Van Gogh was adopted. “I never in a million years thought I’d see a dog become popular for his paintings,” she said. “It’s really changed my life and his.”