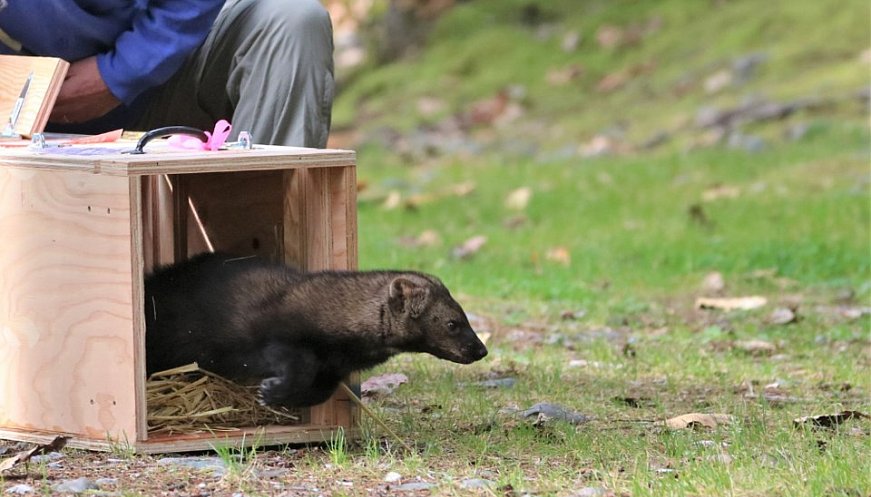 Fishers from Canada are re-establishing their presence in their historic range in Washington State, thanks to work done by the WIlder Institute and its US partners. While fishers had disappeared from the US state by the mid-1900s, they are found across Canada’s boreal forest and since 2015, 170 have been released into Washington’s Cascade Mountain Range from Canada. The populations are beginning to re-establish themselves, with wild births documented within two years of release. To increase the success rate for translocations, the institute is investigating how characteristics of individual fishers under human care may impact their success after release. The ultimate goal is to determine quickly which animals would be good release candidates.“Because these animals are wild-born, we want to get them back out into the wild as soon as we can, because that would be best for everyone involved,” explains Wilder Institute conservation research population ecologist, Danica Stark.