Diversity Returns to Lakeland Stream after Restoration Puts its Bends Back 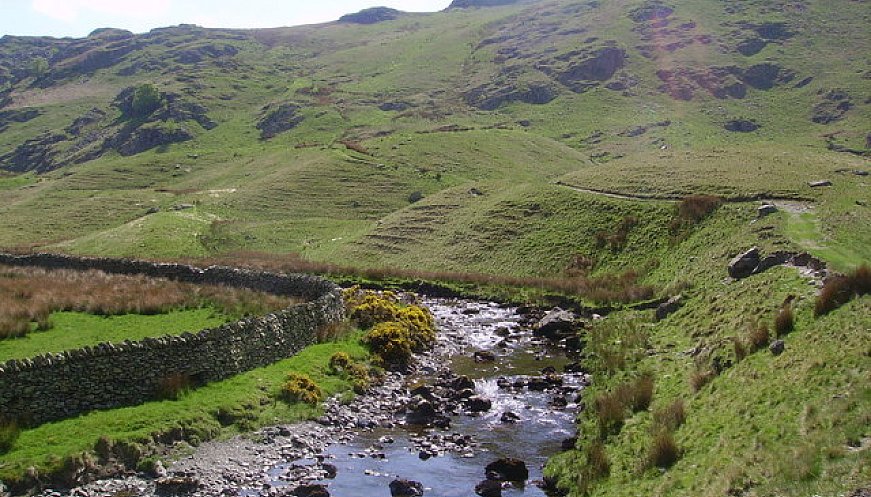 When Swindale Beck, a Lakeland stream in England, was changed into a straight channel "...to protect the hay meadows and reduce the risk of flooding and protect the farmland...," it made sense. Overtime, however, the river habitat degraded badly. A straightened cannel meant a much faster flowing stream, which resulted in the removal of gravel and the destruction of habitats for fish, insects, and other wildlife. Despite initial intentions, the straightening also resulted in flash flooding after heavy rain. Lee Schofield, an ecologist and senior site manager at the RSPB, England's largest nature conservation charity, and his colleagues intervened, working hard for several months to reshape the Lakeland stream to its natural state. The rewards were almost instant: immediately after completing the project, the region experienced rainy weather and the stream effortlessly found its way back to its natural state. The project has recently been recognized as the winner of the European Riverprize, which celebrates conservation and development of Europe’s rivers.