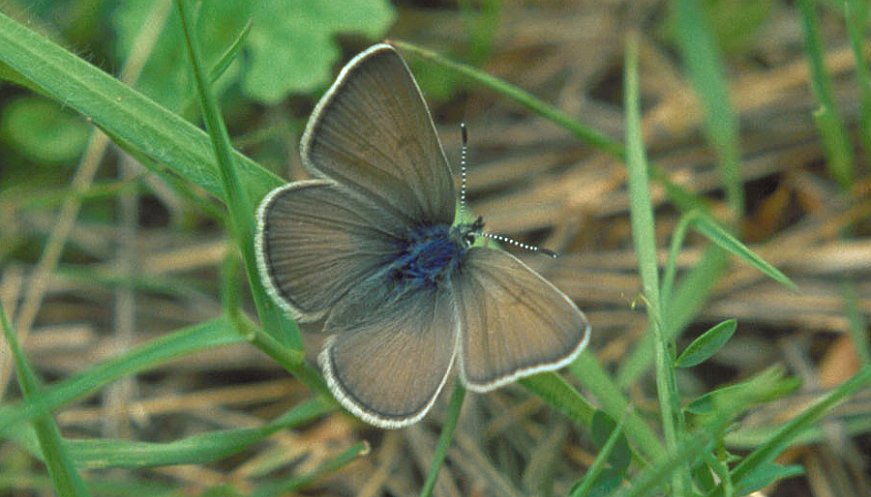 The Fender’s blue butterfly, found only in the Willamette Valley in Oregon, is moving off the endangered species list. This butterfly is so rare, it was once presumed extinct until it was rediscovered in 1989. The U.S. Fish and Wildlife Service listed the Fender's blue as endangered in 2000 when less than 4,000 of the butterflies were known to live. This butterfly species is completely dependent on one plant, the Kincaid’s lupine, which itself is threatened by extinction. The U.S. Fish and Wildlife Service cited management efforts to restore and maintain prairie habitat as benefiting the butterfly. The Fender's blue butterfly will continue to be protected after being reclassified as a threatened species.