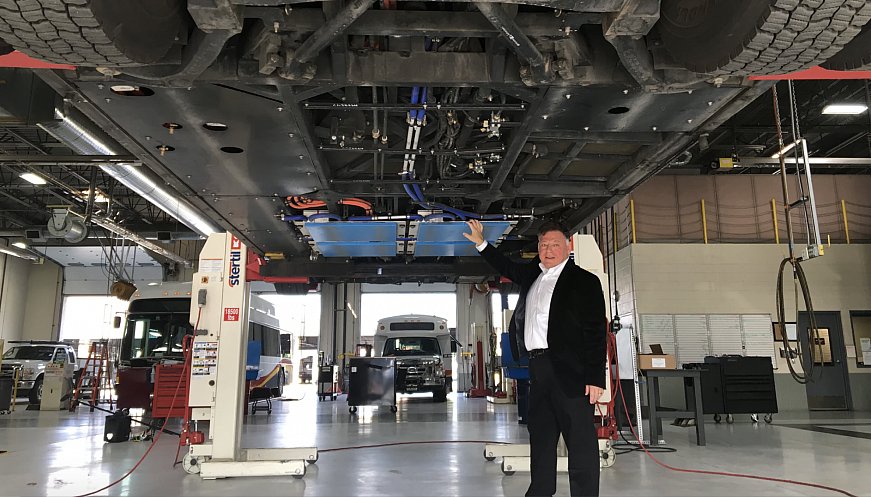 In Washington, U.S.'s towns of Wenatchee and Leavenworth, electric buses charge at the bus stop during the driver's rest break -- wirelessly, through charging stations marked with blue paint on the pavement -- and as a result, can cover 350 miles a day. The technology that could help the world fight climate change was invented by Andy Daga, founder of Momentum Dynamics. It is called magnetic induction and it is used on a larger scale in power plants and on a smaller scale in wireless chargers for phones and electric toothbrushes. As all Wenatchee's electricity comes from hydroelectric, the buses are totally zero emission. Transit officials plan to order eight more electric buses next year and aim to be fully electric in six years.