Snowstorm Strands Drivers on Highway Overnight; Then One Saw a Bakery Truck -- Soon They Were Breaking Bread Together. 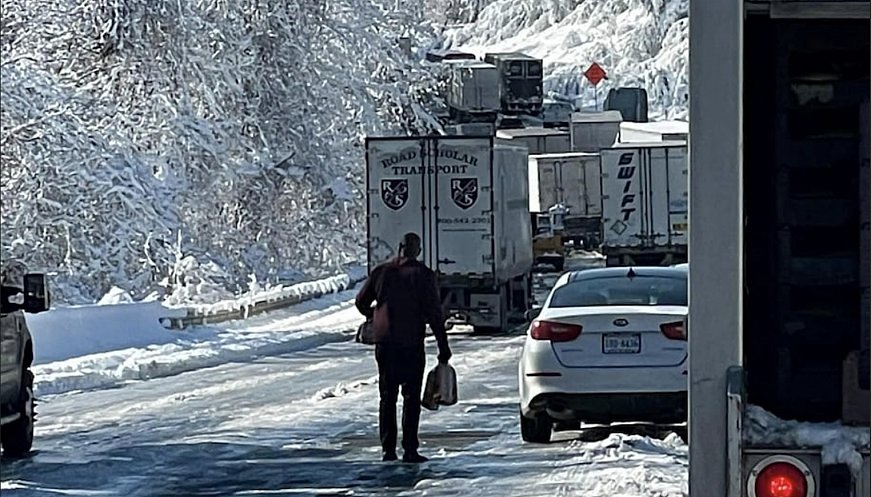 Casey Houlihan and her husband, John Noe, had been stranded on Interstate 95 in Virginia for about 16 hours when they got an idea. The couple spotted a Schmidt Baking Company truck a few cars ahead of them. At that time, they estimated it was 37 hours since they had last eaten. Others around them were hungry too. They decided to call Schmidt Baking Company in Baltimore in the hope that maybe they would offer whatever products were on the truck to hungry travelers. They made the call, even though they felt it was a long shot. Much to their surprise, they heard back about 20 minutes after leaving a voicemail message. One of the company's owners called them back and told them to go to the bakery truck; he then authorized the driver to offer a bag of bread and a bag of rolls to anyone who wanted them. For families who were stranded nearly 24 hours, this was nothing short of a miracle. Bakery owner Chuck Paterakis said, "It was an easy decision." He went on to say that if he had been stuck out there on the road with no food, "I would want someone to offer their products."