Her Dad Died. So Her Favorite NFL Star Took Her to the Father-daughter Dance. 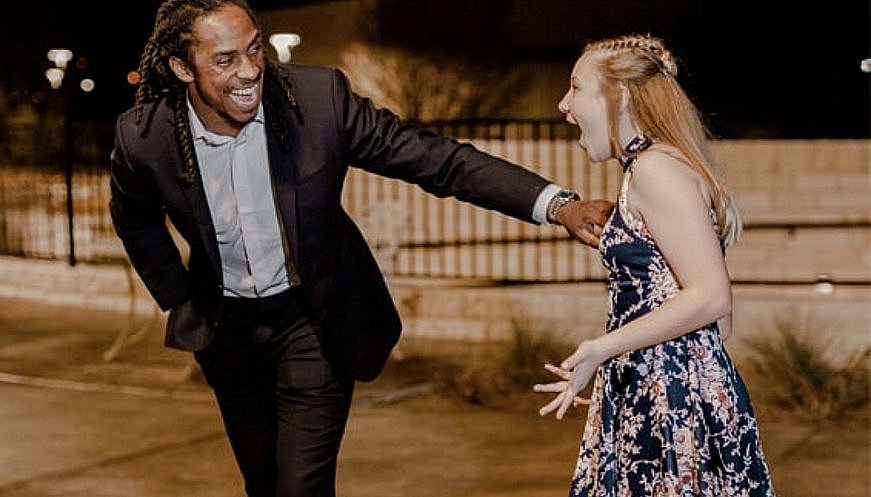 Holly Soape made a request to Philadelphia Eagles safety, Anthony Harris, to help ease a difficult time in her daughter Audrey’s life. The 11-year-old had lost her father and grandfather in the months before her church’s annual father-daughter dance. A fan of Harris, Holly had sent him supportive messages on Instagram over the years, even after he left her favorite team, the Minnesota Vikings, for the Eagles. Touched by her messages, he would respond. As the father-daughter dance approached, Holly took a chance and asked Harris, one of her daughter’s favorite players, if he would stand in for Audrey’s father at the dance. Once the Eagles were eliminated by the Tampa Bay Buccaneers, Harris was in! He booked a flight to Austin and bought Audrey a new dress and shoes, and made arrangements for her hair and make-up. “I wanted her to feel like a princess,” he told the Post “I just wanted to try to help her cope through that experience without her father being there,” Harris told the paper. “I had people in my life, sometimes complete strangers, that were very supportive of me, so I wanted to do that for her.”