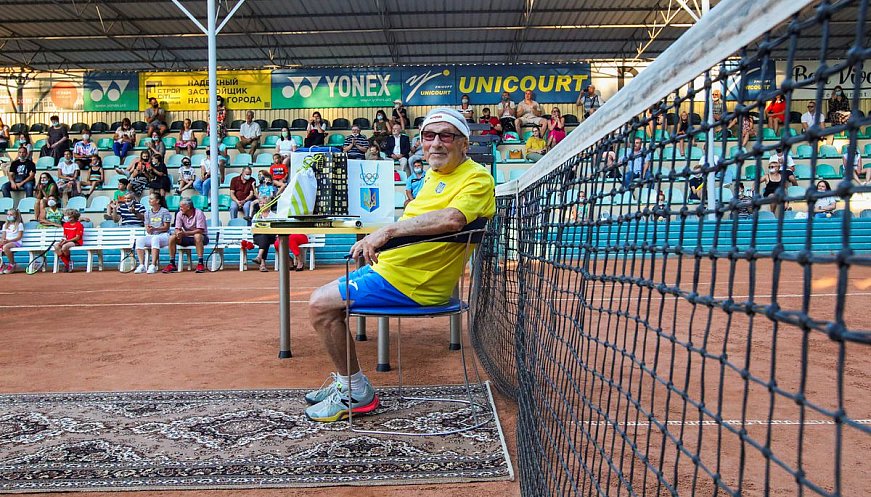 Ukrainian Leonid Stanislavskyi's dreams came true when he played with 21-time Grand Slam champion Rafa Nadal at the age of 97. He holds the Guinness World Record as the world's oldest tennis player and has chosen to stay in Ukraine during the war that is now taking place. Having survived World War II, he said, I never thought I would have to live through another, more frightening war, where people from both sides are dying. For Stanislavskyi, an end to the conflict would also mean the chance to resume playing tennis -- and possibly to appear at the next Seniors World Championships in Florida next month. "Tennis is my life, my destiny. I've played tennis at a serious level since I was 90, I've played abroad, I've played in World Championships, I've played in the European Championships... I'm hoping that the war will end and I will be able to play tennis."