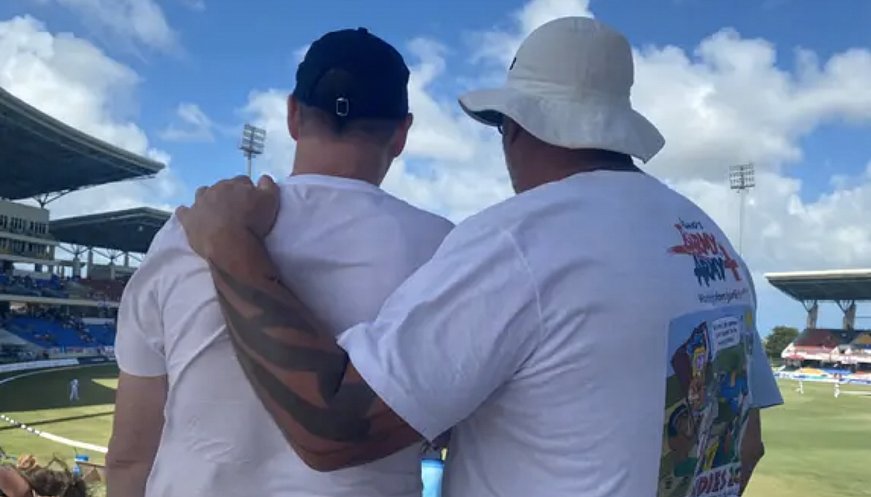 An English cricket fan who couldn't travel to watch England's cricket team on their New Zealand tour nine years ago due to vision problems that eventually left him blind was in the country of Antigua recently for England's first Test against the West Indies. And he 'saw' the top-level action with the help of a fellow fan. Joining the Barmy Army travel group at Sir Vivian Richards Stadium, Martin Lloyd met Rich 'Tiny' Nicholls, a truck driver from Bristol, on the first day. Nicholls, who spent several hours a day describing the action to Lloyd, grew up listening to cricket and said he tried to copy commentators he'd heard. Rich didn't have to do this for me, come and talk me through the game. I only met him on Tuesday on the first day of the cricket. The Barmy Army is a Barmy family really, everyone looks out for everyone and I just want to say thank you for the kindness and consideration," said Lloyd. Test cricket is the sport's highest form, so called because the long, grueling nature of matches between national teams tests players mentally and physically.