At Age 101, He Finally Got His High School Diploma 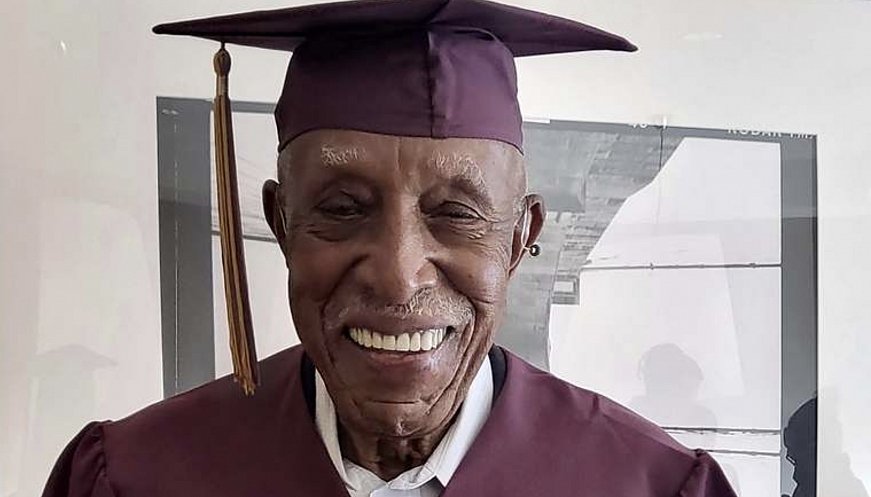 Merrill Pittman Cooper, 101 years young had one thing in life that bothered him -- not being able to graduate FROM high school and receive his diploma. He had to leave after his junior year at Storer College in Harpers Ferry, W. VA., a boarding school founded after the Civil War that initially educated formerly enslaved children. When he realized his mother couldn't afford to pay for his senior year he encouraged her to move to Philadelphia, PA where she had family. He went to work to help with the bills. "I got so involved in working and making a living that my dreams went out the window," he said. One dream did not, thanks to his 2 step-daughters Marion and Enid and Rod, his son-in-law. Rod worked with Harpers Ferry National Historic Park and the Jefferson School District and set up a surprise virtual ceremony -- so other family `member`s could witness it -- at the Hyatt Regency in Jersey City to award Cooper an honorary high school diploma on March 19. "I never imagined that anything like this could happen," said Cooper. For the first time, said Marion Beckerink, her stepfather was speechless. "I can't think of a happier day," said Cooper, who now displays his framed diploma on his bedroom dresser.