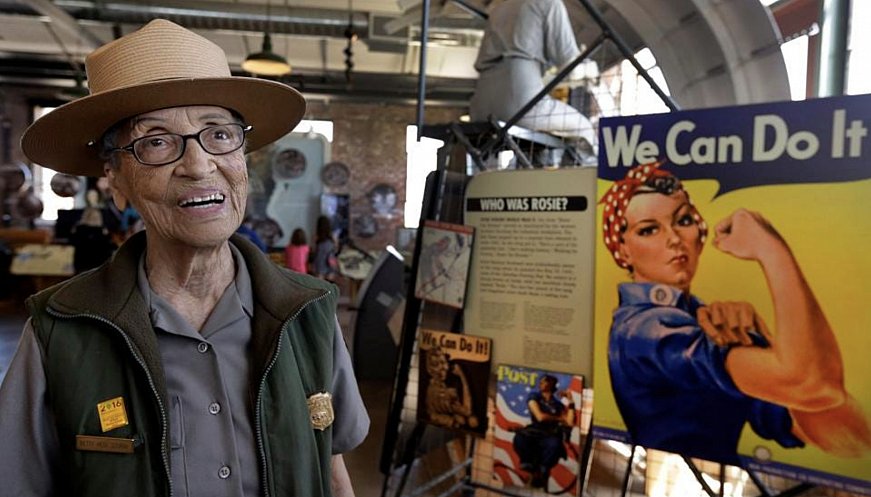 Park ranger Betty Reid Soskin joined the National Park Service when she was 84 years old. Now at 100 years old, she is the oldest active park ranger in the country. When the National Park Service and the City of Oakland, Californiabegan planning for a new National Park in the early 2000's, Soskin, an experienced local and state political staffer at the time, played an active role in the process. Once the park opened, Soskinwho was then a California state employeeworked alongside the National Park Service on a research project "to uncover untold stories of African-Americans on the Home Front during World War II." That work led her to join the National Park Service at the age of 84. "To be a part of helping to mark the place where that dramatic trajectory of my own life, combined with others of my generation, will influence the future by the footprints we've left behind, has been incredible," Soskin said in a National Parks Service statement. After 15 years of telling the story of Black people and people of color on the home front during World War II, Soskin worked her last day at the Rosie the Riveter/WWII Home Front National Historical Park on March 31.