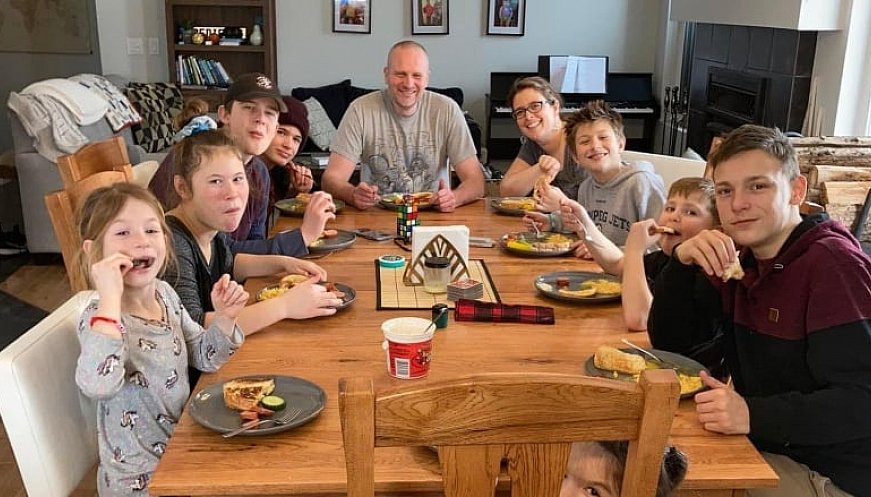 Trish and Mike Braun from Manitoba, Canada now have eight children: two biological and six adoptive children from Ukraine. The first three Ukrainian children were adopted in 2019 and the other three were adopted in February 2022, just days before the Russian invasion. The couple has been navigating tough but important conversations with them about what is going on in the war. "They hear things from school and they are online sometimes and they see things. We try and get as much real information from real people for them as we can, so that we're basing our conversations on facts," Trish said.