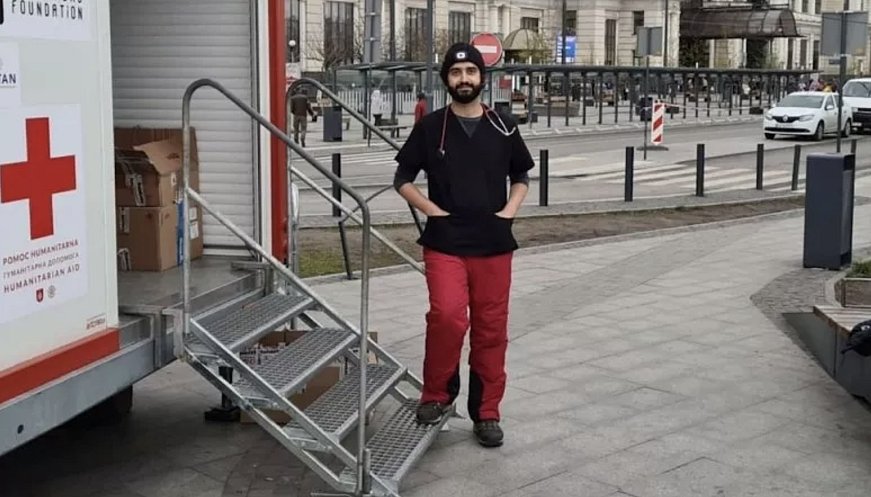 A Syrian refugee who fled to England and became a doctor nine years ago recently used his annual leave to treat Ukrainian refugees and war victims. Dr. Tirej Brimo arrived in Britain in 2013 after fleeing Syria's civil war while he was in his final year of medical school. Now, he has chosen to "stand up for what he believes in"by treating hundreds of patients in Ukraine as part of a volunteer medical team. Brimo used his annual leave to volunteer for seven weeks on the Ukraine/Poland border and in Ukraine's western city of Lviv. He helped establish a medical clinic near Lviv's main train station, where thousands of refugees passed through as they fled war in the east partof the country. Reflecting on his work in Ukraine, he said, "Amid this difficult situation hundreds of good-hearted volunteers tried their absolute best to make life a little bit easier for their fellow humans."