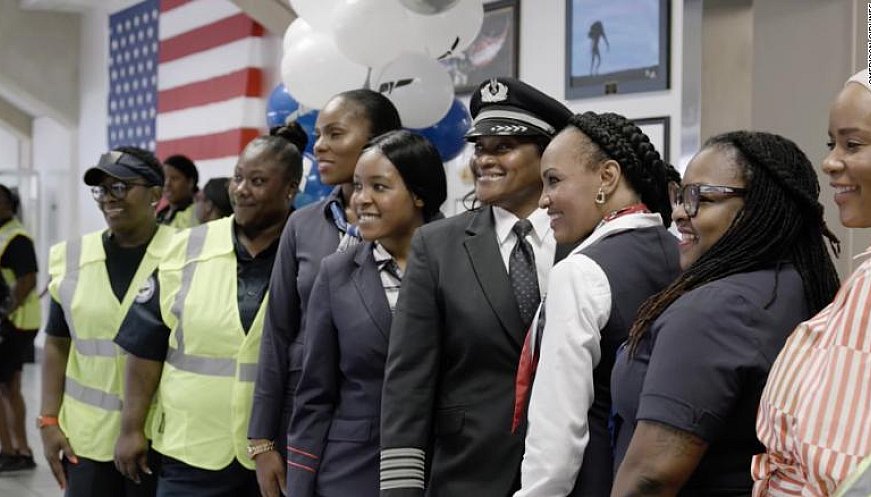 It’s been more than a century since Bessie Coleman made history, becoming the first Black woman in the world earn a pilot’s license. Recently, a all-Black female flight crew made history in her honor. On August 8, 2022, an American Airlines flight from Dallas-Fort Worth – near where Coleman grew up – to Phoenix was operated by the airlines’ first-ever all-Black female crew. The 36 staff members had roles ranging from captain to customer service coordinator. The crew, including flight attendants, cargo team and aviation maintenance technicians, worked on the flight as a gesture of respect and admiration toward Coleman, who had a short but storied career. Coleman, the daughter of sharecroppers, received her pilot’s license in France in 1921. Throughout her career, she fought against racism, and was known for saying: “I refuse to take no for an answer.” She wouldn’t let her gender or her race stand in the way of her pursuits. Coleman’s family hopes to honor her legacy by encouraging future generations of Black women to follow in her footsteps, they said, and the all-Black female flight crew is part of that mission.