Osteria Ai Pioppi: An Italian Restaurant With an Amusement Park 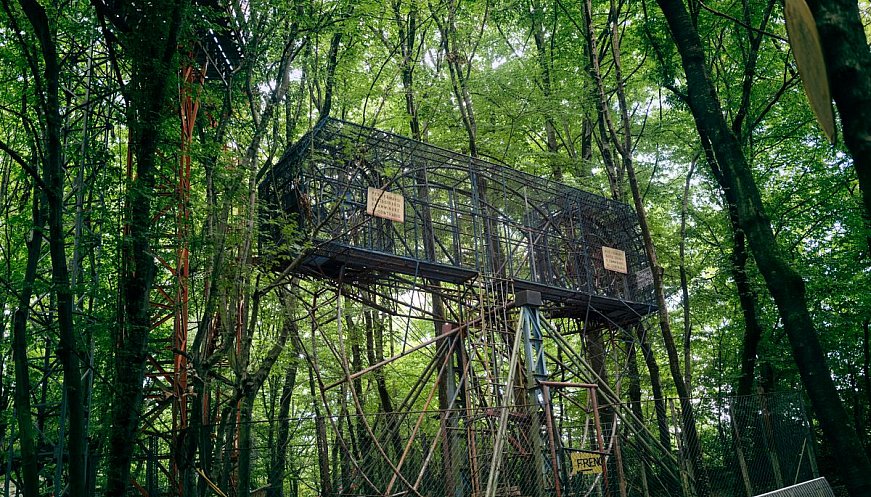 Osteria Ai Pioppi looks like your typical Italian restaurant, serving traditional dishes like cod with polenta, grilled cheese, and sausages. That is, until one finds an amusement park just a short walk away. Located in the Montello woods near Treviso, Italy, the Ai Pioppi Amusement Park is filled with 37 attractions, including a 56-foot slide, a 55-ton pendulum, and walk-in centrifuge powered by four bicycles. All the rides are human-powered, requiring no electricity. The amusement park was built by Bruno Ferrin who became fascinated with a welding machine after venturing into a blacksmith shop for metal hooks. He fell in love with it. A simple hook became a slide, then some rocking horses, then more fun projects. Fifty-three years later, the 85-year-old man finds he has built a full-fledged amusement park. "It just kind of happened," he says. "I would make one ride and then another, and another." All the rides are entirely handmade by Ferrin, taking anywhere from a few weeks, months, or longer, and approved by government engineer. He is happy when he sees adults and children alike screaming on the rides. He is fascinated by play.