A Solar Firm Wants to Build Off-Grid Neighborhoods in California 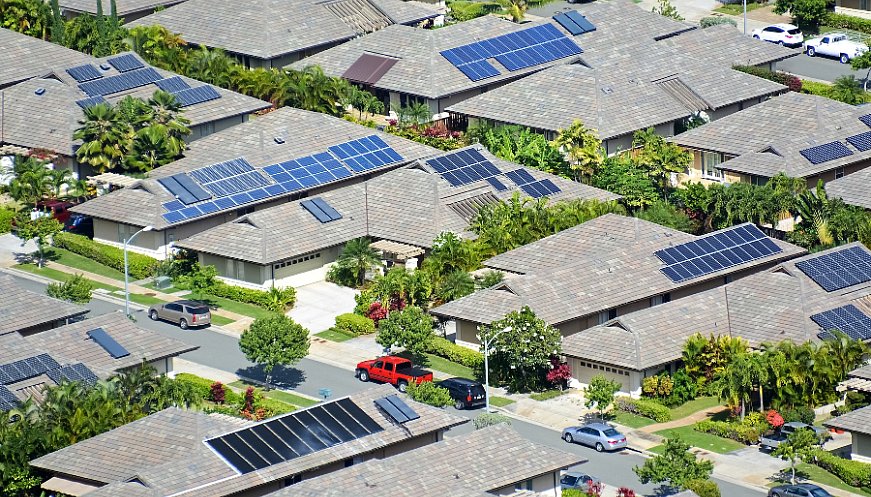 One of the largest US rooftop solar companies is challenging the monopoly electric utilities have on selling power to homes and businesses. Sunnova Energy has asked the California Public Utilities Commission to let it provide electricity to new residential developments as a private “micro-utility”. Sunnova said it would offer those residents electricity that was up to 20% cheaper than rates charged by investor-owned utilities, as advances in solar and battery technology mean that neighborhoods can be designed to generate more than enough electricity to meet their own needs at a lower cost than relying on the grid. Sunnova said it would connect its systems to the larger statewide grid so it could send excess power to other utilities or draw energy in case of an emergency. But its systems would not be owned or operated by the state's three major power providers, reducing consumer costs by as much as $60 a month for the typical home. The utilities commission said it would review the Sunnova application.