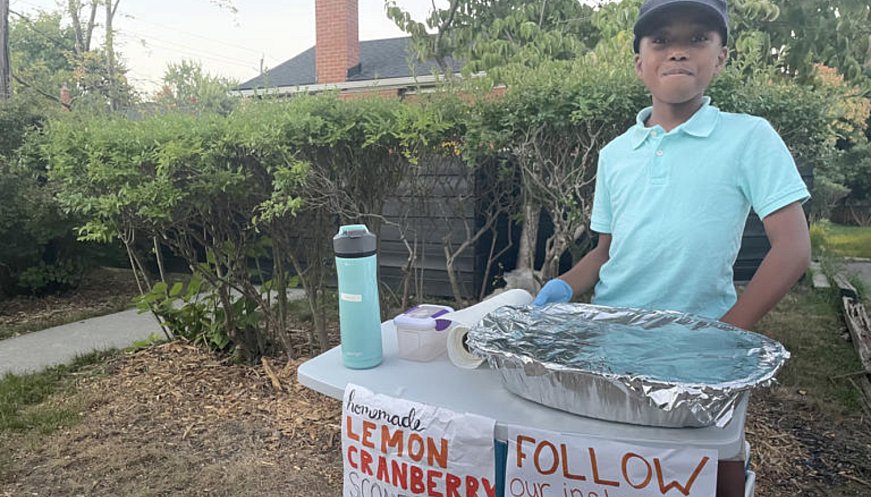 David Hove is back in business, after his scone stand was stolen from outside his home while he was taking a bathroom break. The thief left only the paper sign advertising 'homemade lemon cranberry scones'. David and his older sister, Kimberly, started The Hove Delights to raise money for a cellphone for her and an X-box for him, using a wicker table that a cousin had gifted to their parents to set out their baked goods. After CTV News Toronto aired the story, the 10-year-old Toronto boy was overwhelmed by the kindness of strangers -- and 70 or so orders received from all over the world, which they are now trying to meet. Neighbors David Ricci and Elizabeth Aiello bought a new table and cooler, and Tim Byrne travelled from Barrie to give David an Xbox gaming system. The siblings turned down offers of donations, saying they wanted to earn their money. His children have learned a valuable lesson, says their father, also named David -- that there are more good people than bad in the world.