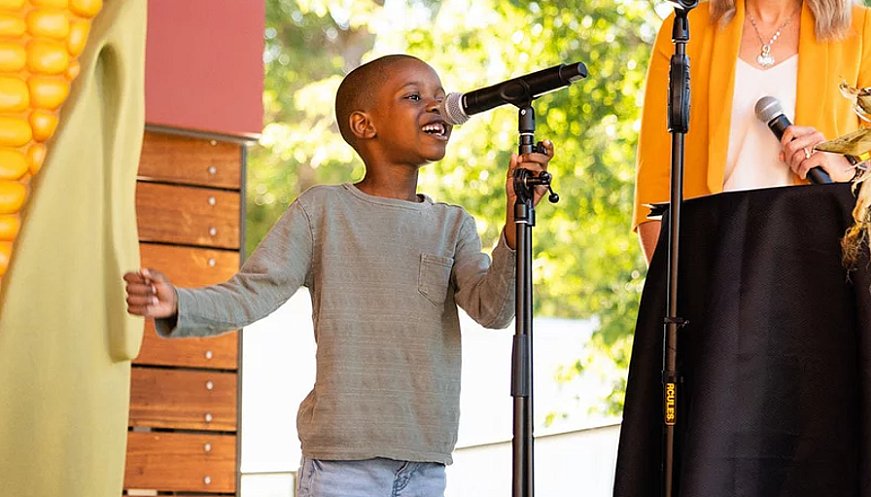 Seven-year-old Tariq loves corn -- especially with butter on it -- and his interview about it racked up millions of views and was made into a song. Now the "Corn Kid" is South Dakota's official Corn-bassador, after Gov. Kristi Noem declared Sept. 3, 2022 to be Official Corn-bassador Tariq Day. South Dakota is one of the top corn producers in the US. Tariq and his family traveled from New York to attend an honorary ceremony at the Corn Palace in Mitchell, South Dakota. Tariq couldn't believe his eyes when he saw the palace made of corn. "As part of naming Tariq a South Dakota Corn-bassador, we wanted Tariq and his family to experience a combination of South Dakota's two largest industries, tourism and agriculture," said Katlyn Svendsen of the state's Department of Tourism.