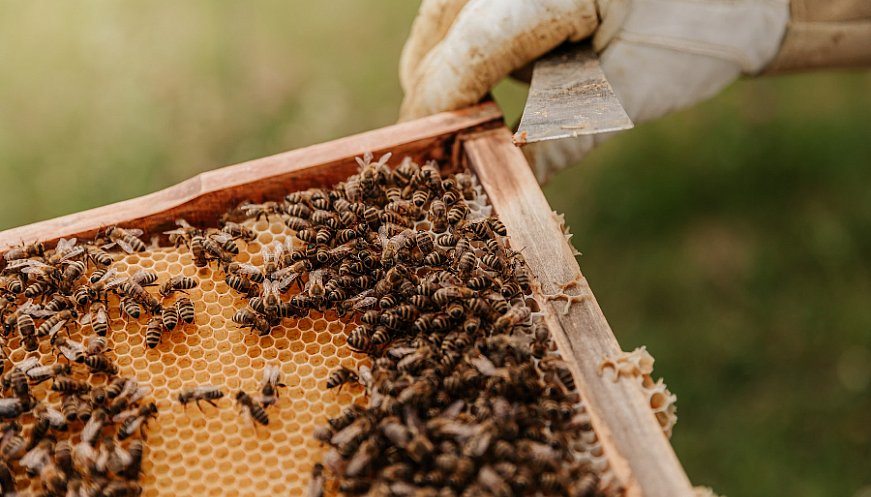 Four years ago when Atlanta beekeeper Edward Morgan bought bees off Craigslist, he knew nothing about beekeeping. But he gradually learned to be comfortable around them, how to approach a hive and understand when bees are agitated. He later joined the Metro Atlanta Beekeepers Association. And now sells bees, makes his own honey, teaches classes, and rescues bees. In April, an Alaskan woman called him about her shipment of 200 crates of bees that had been rerouted to the Atlanta airport. At the airport, he found that after a few bees escaped, the packages were set out on the tarmac with their cages reaching 90 to 100 degrees and placed upside down. The bees, without access to food, were dying. The owner and a top Atlanta beekeeper decided to give away the bees in hopes some would survive. Within 45 minutes after the message went out, dozens of beekeepers showed up. "It feels crazy that bees -- something I stumbled into -- have opened up my world," he says.