After 40 Days in a Bomb Shelter, 2 Ukrainian Refugees and 17 Dogs Start New Life in Poland 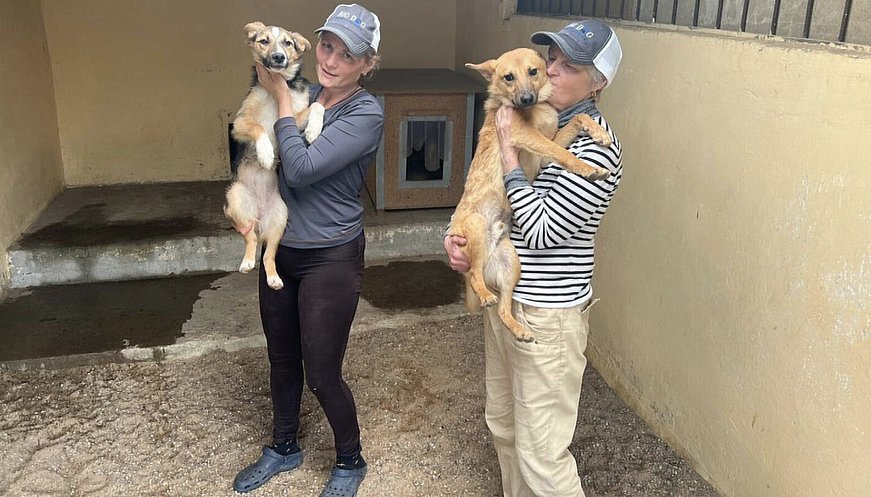 The day before the war in Ukraine began, Valerie Liscratenko and her mother, Liliana, moved into a bomb shelter with their puppies. They setup older dogs in the nearby factory where Liscratenko worked as a guard, and would run out to feed them. When the shelling got too heavy to risk exposing themselves, they moved all the dogs into the bomb shelter one morning. Some dogs were too sick or injured to come, but they rounded up all the canines they could and ran back into the bomb shelter. Shortly after, a bomb exploded right where they had been running. After 40 days in the shelter, drinking water became contaminated, and people and dogs began falling sick. It was time to go. They found an animal shelter in Ukraine that connected them to Aaron Jackson, who had traveled from Florida, US, to Poland shortly after Russia invaded Ukraine. Jackson found an empty animal shelter in Poland and got permission to begin running it. The Liscratenkos, with their 17 dogs, were the first to arrive. "I could see right away that they were good with dogs. ... I couldn't help but notice that all the dogs really loved (them)," Jackson told CNN. Now Valerie and her mother work at the shelter. She calls the dogs her children, and remarks that while the people at the shelter speak different languages, they all understand each other "because it's love that unites us."