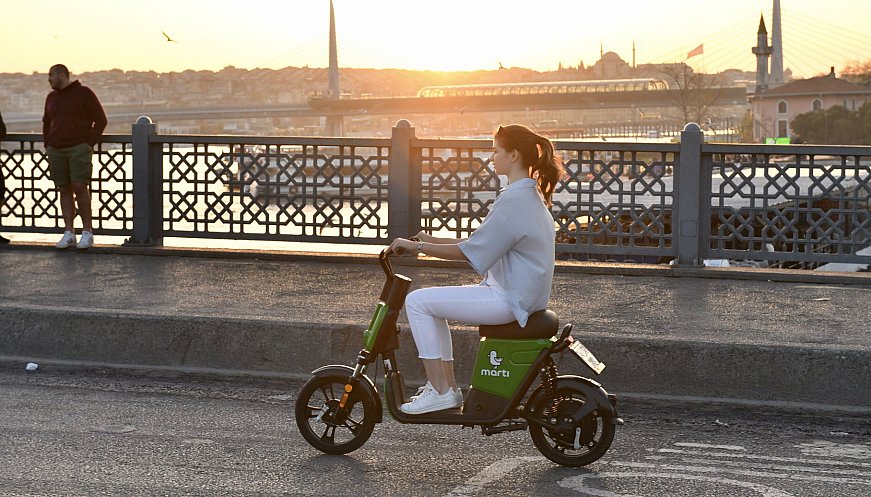 Hilly, populous Istanbul has embraced the electric scooter, which can zip up hills faster than bicycles, emitting no carbon along the way in an urban area where air pollution-related health issues account for as much as 27% of the country’s overall medical costs. With an estimated 36,000 scooters, Istanbul’s fleet is larger than Berlin’s and Rome’s. Marti Ileri Teknoloji AS, the first operator to launch, runs a fleet of more than 46,000 battery-powered scooters, mopeds and bikes in Istanbul and other Turkish cities, and its app has been downloaded 5.6 million times. “It’s a unique market, and we are the solution,” says Oguz Alper Oktem, Marti’s co-founder and chief executive officer. “The goal is to be an end-to-end transportation alternative.” McKinsey projects that Turkey’s mobility market, which includes private vehicles, taxis and public transportation, could grow to $8-12 billion by 2030 if cities like Istanbul deter people from using cars and follow through on planned investments in infrastructure, such as new bike paths.