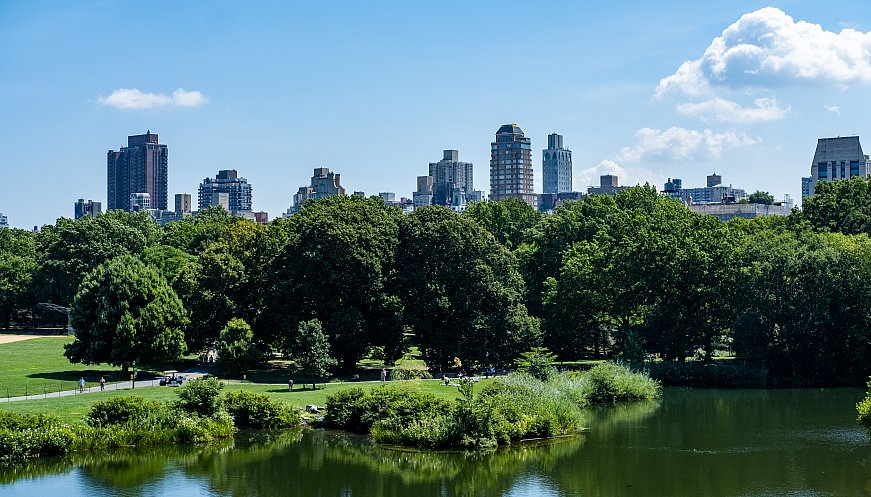 In a city where buildings generate around 70 percent of carbon emissions, a company has successfully achieved carbon capture in a 30-story high-rise New York City apartment building. Carbon Quest has achieved this by redirecting the gas emitted from the boilers that burn fossil gas to create steam that heats the building, then isolating the carbon dioxide from the nitrogen and oxygen. The nitrogen and oxygen then gets released back out the flue while the carbon dioxide gets cooled to a liquid state and stored in a metal tank. The liquid carbon later gets sold to a concrete factory that uses the greenhouse gas by injecting it into concrete blocks, making them sturdier. By using the profits from selling the liquid carbon, Josh London, senior vice president in charge of building operations at the privately held company that owns the 1930 Broadway apartment building, can avoid the penalties under Local Law 97, that charges buildings that emit carbon dioxide over a specific cap. This is a rare case of carbon capture that works and gives an economic payback. Installed earlier this year, CarbonQuest's first system has been running for months, catching 60 percent of the building's gas emissions at its current scale. Although still met with some controversy when there are electrification solutions with a better long-term outlook, CarbonQuest is enjoying a first-mover advantage while electrification of tall, high-rise buildings is still in the testing phase. "The biggest challenge for cities is in the built environment," said CarbonQuest President and CEO Shane Johnson. ​"This is not an easy problem. But it's also the one that can make the most impact."