She Lost Her Job. Now She Leads A Pantry That Feeds Thousands. 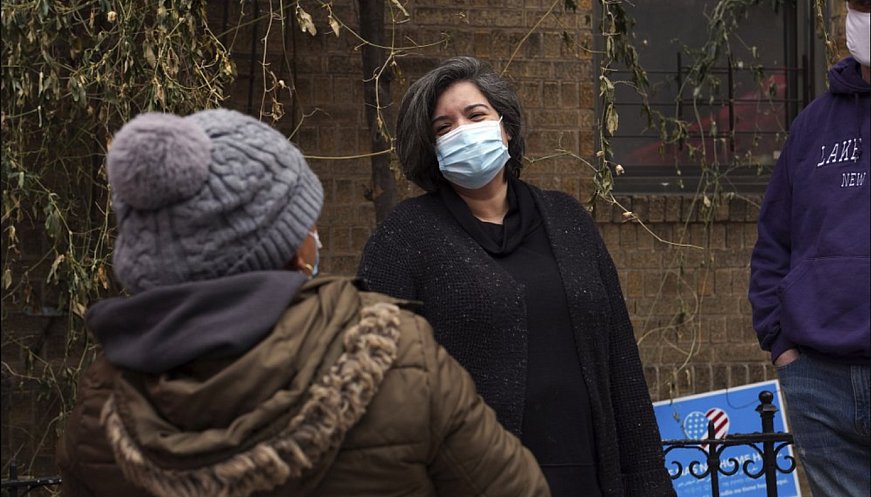 Like millions of others, during the pandemic, Sofia Moncayo was furloughed from her job. She and her husband also owe five months of rent for their martial arts studio in their New York City neighborhood. But that didn't stop her from supporting others. In March 2020, a food distribution sprang up in Sunnyside neighborhood's Mosaic West Queens Church. A month later, Moncayo took the reins and expanded it to serve hundreds of people. Through the program, dozens of volunteers distribute more than 1,000 boxes of food to families twice a week. "I think helping others has to do something to your brain chemically because if we had not being doing everything that we’re doing, I think this would have been a much scarier time,” she said. “Being able to dig in and help others, it really gives you perspective and helps you believe that you’re going to be OK too.”